What is anti rust lubricant

Rusting and corrosion are the major challenge for engineers and manufacturers around the world. Corrosion causes billions of pounds of damage to the global economy each year, and manufacturers must have a great deal of work to prevent it from such phenomenon.

Provide lubrication for machine parts and tools, smooth and unbeatable in use, no frictional noise.

Form a thin anti-rust film on the metal surface, so that objects will not rust.

Penetrate into rusty screws to loosen rust in the threads and easily pull out screws.

Shake the aerosol can fully before and during use.

Always keep the spray can upright during use.

Prohibit the operation with electric equipment and near open fire.

Nozzle distance from the target should be15-30cm evenly sprayed, press the pressure valve, spray directly on the surface of the object to be treated.

If used for serious corrosive parts, firstly scrape clean with steel wire brush, so that the anti-rust lubricant can penetrate deeply, and in hard-to-reach places you can use extended thin tube. 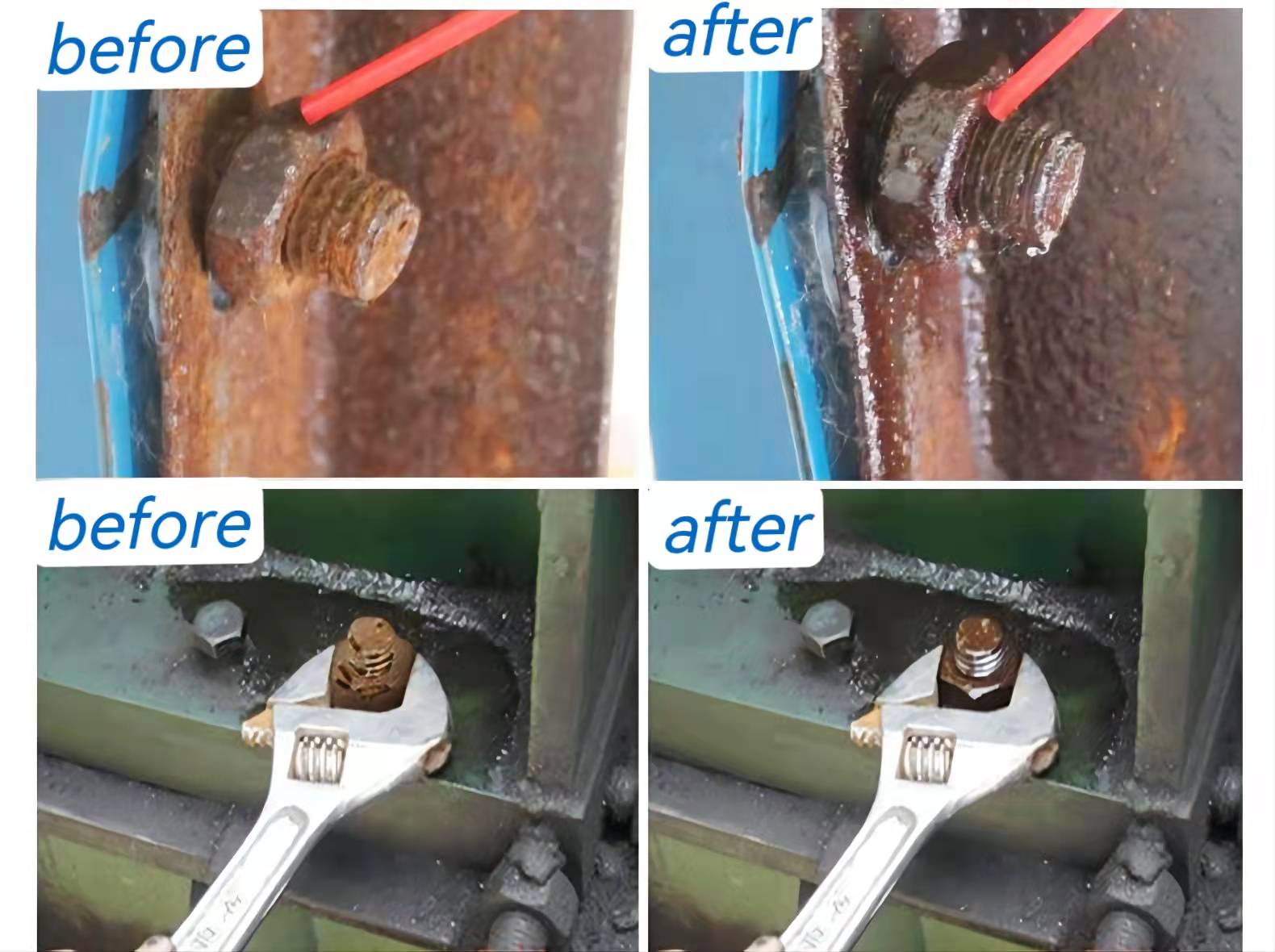 The necessity for rust prevention

Unlike the oil stains produced in industrial production, which can be handled by a bottle of detergent, industrial production is becoming more modernized and customers' requirements for products are becoming higher. Therefore, the cleaning and rust prevention of products is especially important. As we all know, the more precise the product, the higher the requirements is for its size. If there were the little carelessness in protection, the product might lead to complete scrap or performance damage. "Rust" is often misused or misunderstood and refers not only to iron and steel. Most metal when exposed to the air could have rust. "Corrosion" includes not only ferrous metals but also non-ferrous metals.

Anti rust lubricant spray mainly refers to film-type anti-rust oil, which not only prevents rust on metals but also lubricates them. This type of lubricant, also called penetrating lubricant, is a lubricant with low surface tension that expands to form a film on the metal surface, preventing air and water from coming into contact with it, thus preventing rust on metal parts, and also lubricating metal moving parts, reducing wear and saving energy.